August Wilson’s play Fences deals with family dynamics of small town troubled African American family. With the design itself and the aesthetic, I didn’t want to compose a stereotype onstage and create some small shack that doesn’t fit the time and place. The African Americans of the 1950s were generally pushed out of suburbs and into smaller row houses close to the city and houses were pushed together. The white picket fence that is in the progression if building, mirrors the contrast to the white neighborhood that Troy ends up working in, while it’s a different version of the “American home”, they have a yard, but its primarily dirt, they have the porch bit its old and shifting with an old charming gable roof. The act of similar but not I think is important to emphasis because we are all human but it’s the roots of society that others us to believe otherwise. The contrast to the American White suburbia is seen through hints of the design to make the contrast stronger. This is still an American story but its muddied and toned from American society.  The color pallet was another element that I thought a lot about, I wanted to keep the colors muted and muddied from the distrust in the marriage and the systemic racism of the play but also bring in some color that emphasizes the warmth and love that the characters actually try to have for each other. The warm tinted lighting in the evening is coming from inside the home where Rose is primarily stationed, the whole set centers around the home and trying to keep it together, strong, and central to Rose’s desires. 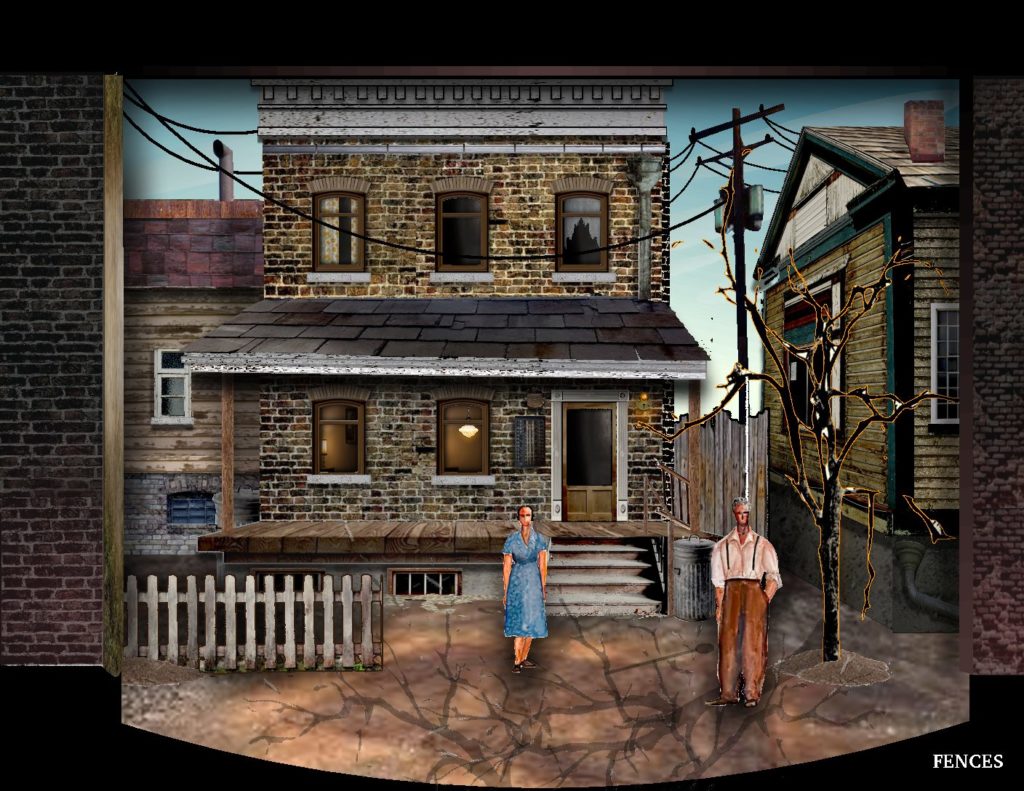 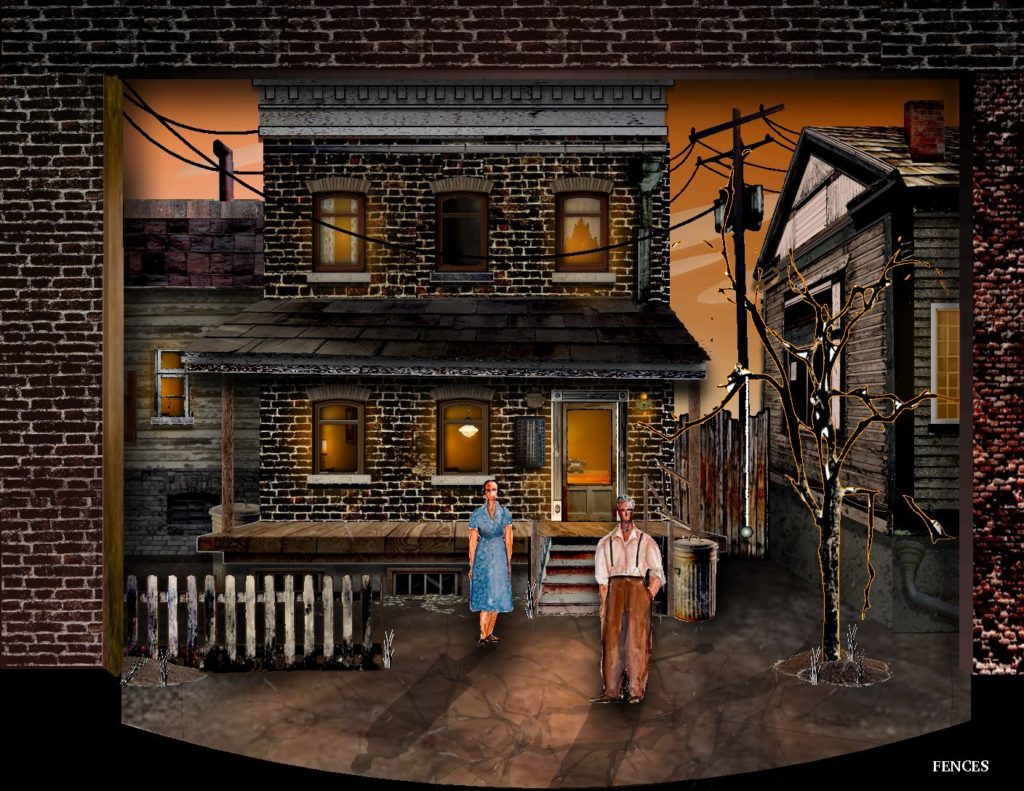