This rendition of William Shakespeare’s A Midsummer Nights Dream deals with mental health. This idea takes creativity of the mind to a new place. The Character’s imaginations get the best of them and they explore their wildest dreams through this story. The entire plot is based off of if this story was a dream or reality. That is how Mental patients see their reality, as a question. I wanted to portray these patients as creatives and story tellers. They are inspired by their surroundings and create the imaginative forest. The walls of the space are warped and turned while the outside world past the proscenium is straight and uniform. The use of 3D projection mapping would be a creative way to make their imaginative forest come alive. In my research for this design I found several images of patients drawing and painting to calm the mind, I would have the characters paint on the walls, their interpretation of the woods and the harsh lines of reality on the floor are traced over with the 3D mapping to grow into the forest of their dreams, something like Max and Where The Wild Things Are. 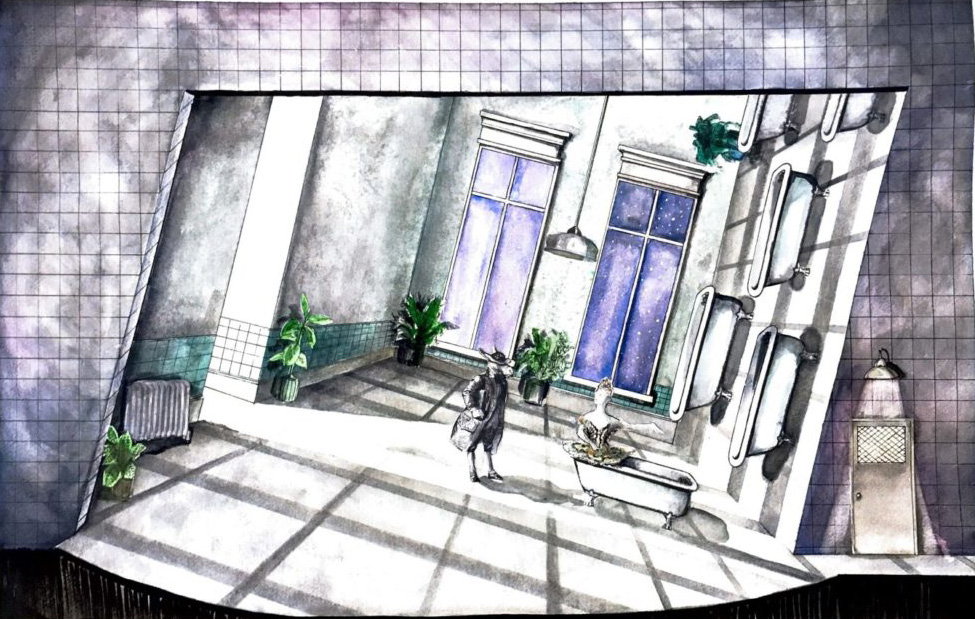